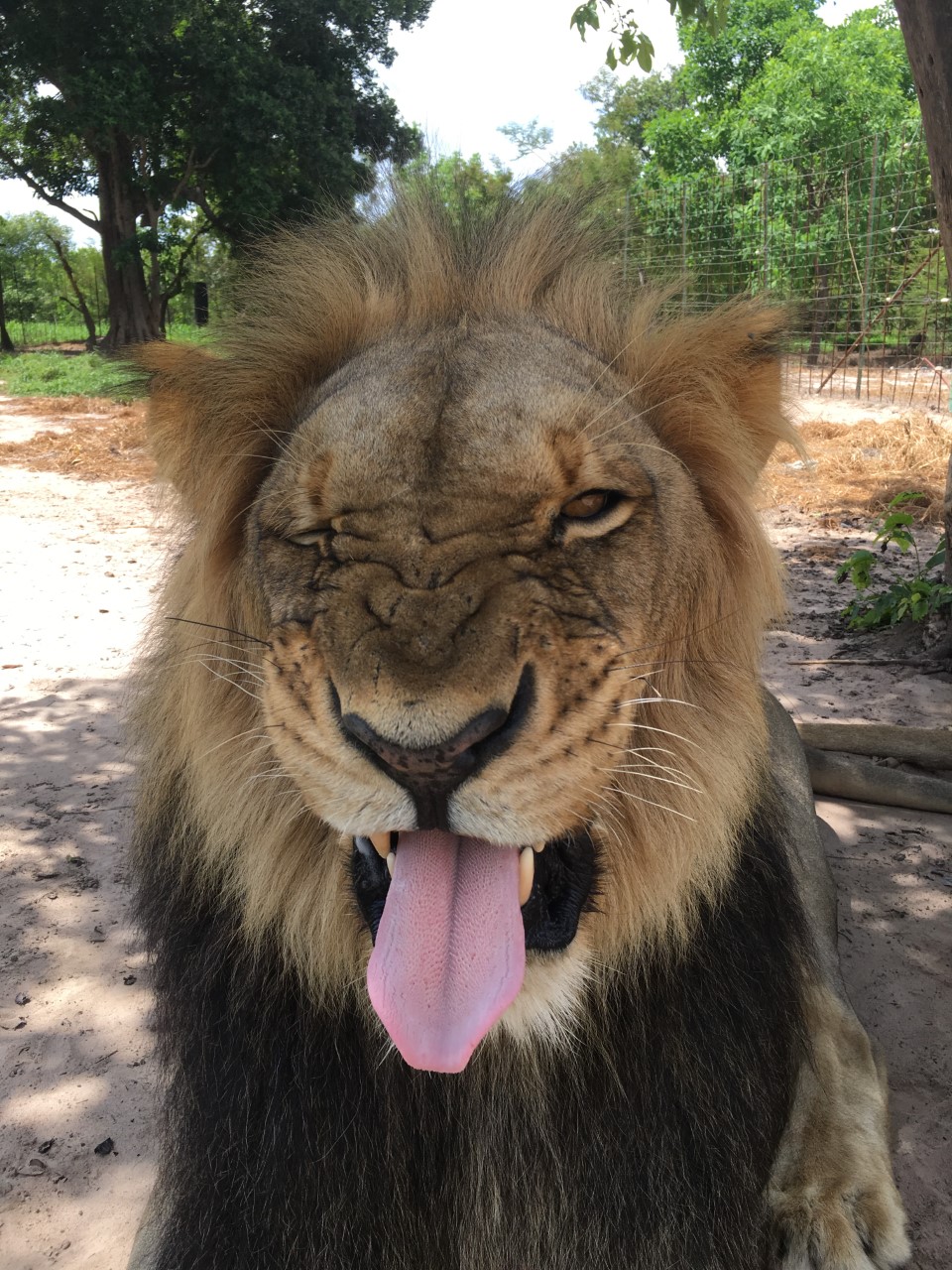 We spent the last 2 weeks being tourists in West Africa and we had so much fun! We explored Senegal and the Gambia, and I was pretty stoked to finally be a tourist in my own backyard. I have traveled widely in the US, Europe, the Middle East, the Mediterranean, and southern Africa, and I can truly say that this was one of the best family vacations we have ever had!

Our containers have arrived with all our stuff but we are still not fully unpacked – there are boxes everywhere and our house is still a zoo. I swear, I never want to move again because moving is so painful! I don’t believe we will ever be able to unpack the zillion boxes sitting in our garage and strewn around the house, and I am uber stressed just thinking of what needs to be done.

We brought a small RV from the US to use as a mobile clinic – it was left at the ports for a few weeks while we were trying to get it cleared. We finally got it home and realized that it was totally vandalized and burglarized! The RV is now inoperable because they removed the battery and gas canisters, and stole the 2 generators that are supposed to power the RV – I was nearly in tears because of this, because we were planning to go do some mission work at some of the clinics around the peninsular in early September with our Mama-Pikin Foundation. They opened all the boxes inside and stole the kids clothes, shoes, school supplies, and stuff that I am sure I will discover missing later. The hardest thing for me was the fact that they stole all of Sheba’s dog food!!!!! Sheba has been eating rice and Sierra Leonean sauces, but I was still supplementing with dog food because she likes her dog food and because she requires so many calories. I am heartbroken because I painstakingly calculated how much dog food she would need to last until we could travel back to the US, because dog food is so expensive here. The RV was supposed to be in a safe storage area with CCTV cameras – we are getting the police and a lawyer involved, and I’m praying that we can at least get the stuff back to power the RV.

Needless to say, I was happy to run away and forget work, forget unpacking, and forget the thievery! We drove to the airport instead of crossing with the sea ferry – the rainy season in this country is no joke and I was not chancing an ocean crossing during a heavy thunderstorm. It was a pleasant 3 hour drive through Waterloo and Port Loko – the roads were lined by lush green vegetation from the rains and peppered with goat, sheep, and chicken crossings! The flight from Freetown to Banjul, The Gambia took only and hour and we were shocked to be served a full meal and drinks. Coming from the US where you are lucky to get peanuts on a flight, I had warned the kids not to expect anything – Africa continues to amaze me!

Banjul was small and quaint – The Gambia is a sliver of a country surrounded by Senegal where the river Gambia meets the Atlantic ocean. It has warm and welcoming people and beautiful beaches so there are tons of mostly European tourists. We planned to visit my aunt for a day, drive to Dakar, Senegal, to visit my mom, and then return with my mom to spend a few days in Banjul before flying back home. The roads and infrastructure in Banjul seemed less developed than those in Freetown as it was a much smaller city. Their tourism was advanced though – there were lots of hotels and lots of foreigners. My aunt had a beautiful house on the beach – I knew it was on the beach, but was truly not expecting to open the back gate of her house and see a glorious expanse of golden beach! The kids quickly grabbed their stuff and spent the rest of the day playing in the sand and on the shore while I had anxiety attacks making sure they only went knee deep in the water. We spent the rest of the time exploring her yard, playing with her friendly dogs and picking and eating sweet mangoes from her trees.

We drove to Senegal the next day. We all piled into a small minibus at 6 the next morning, drove 30 minutes and then waited 2 hours before we could get on a ferry to cross the river Gambia. There were throngs of people in colorful clothes, babies tied tightly on backs, fruit sellers, a cow, a few sheep, and many cars. Our ferry was called the Kunta Kinte and it was so exciting to actually be in the land of Kunta Kinte! The border was really low-key. It was on open space where people, cars, horses, and donkeys crossed freely and an immigration building on each side that we checked into before and after crossing. The 5 hour drive was beautiful – we passed vibrant villages, salt lakes with mountains of salt being made for transport to the salt factory, and tons of horses and donkeys. The country was highly developed with beautiful roads and highways and fly-overs. Dakar was a bustling city with tall buildings and lots of tall, elegant, beautiful, people.

My mom’s house in Dakar was fabulous – it was huge with an inside garden and an outside pool. The kids rushed into her arms and professed that they wanted to move in with grandma forever. We spent the next few days exploring and being blown away by the American-type mall with expensive items that I could not bring myself to buy, the million dollar houses and condos, the beautiful hotels with beautiful people etc.
We visited the sobering Goree slave island, touched the Door of No Return and discussed slavery and the failings of mankind with the kids. We visited the amazing African Renaissance Monument which is the largest Bronze sculpture in the world and drove by the beaches where there were throngs of tall, dark and beautiful people exercising in the hot sun. I thought the Senegalese people were genetically tall and slender, but I have never seen so many people out exercising all the time!
We stayed in Saly, the tourist seaside resort an hour away from Dakar and had to settle for an expensive 5-star non-ocean front hotel because all the ocean-front hotels were booked! Their beaches could not hold a candle to the beaches in Sierra Leone but their tourism sector was so much better developed. It did give me hope about the potential for growth in Sierra Leone. We also got to experience their health sector as I took my son to see a pediatric dentist which was not available in Sierra Leone, and I went with my mom to multiple medical visits. Again, I was blown away by how much more advanced they were than Sierra Leone and encouraged by the potential.

After a fabulous fun time, we drove back to Gambia and this time we stopped at the Fathala Wildlife Reserve in Karang, Senegal which was close to the Gambian border. Their highlight was a walk with the lions through the African bush.
Nope. Nopity. Nope.
I politely declined as this returnee African has no intentions of being eaten by an African Lion! We enjoyed the Lions from afar and promised to return and play with baby lions that were expected in a few months. We had an amazing drive through the reserve and saw zebras, giraffes, wildebeest, a rhino, monkeys and warthogs. Who knew baby warthogs were so cute? We saw many of them scurrying between their parents’ legs throughout the park. There was also a beautiful resort with a pool and luxurious tent accommodations inside the park. We couldn’t spend the night this time, but we definitely plan to come back.

Back in Gambia, we were so exhausted we postponed a visit to Kunta Kinte island. We spent most of the time relaxing at the beach and planning our next trip to Gambia and Senegal – this time by road through Guinea and Guinea Bissau! At the end, I had to concede to my uncle that the Gambian beaches are nicer than Senegal’s even though they could never come close to the beautiful multi-color sand beaches in Sierra Leone! 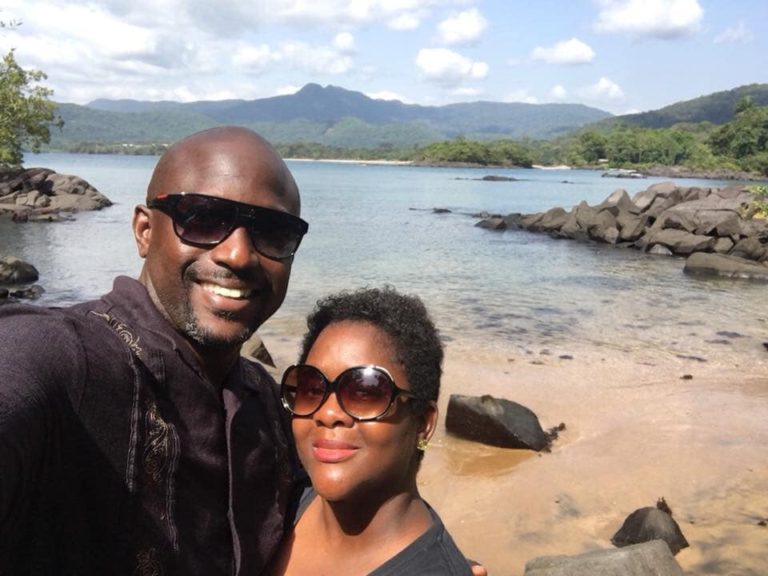 I’m so heartbroken that I’m leaving Sweet Salone even though I’m happy to be reuniting with my family in Atlanta. I am thankful to have had the opportunity to work with the World Health Organization and to serve the people of Sierra Leone. It has been one of my biggest blessings in life to be… 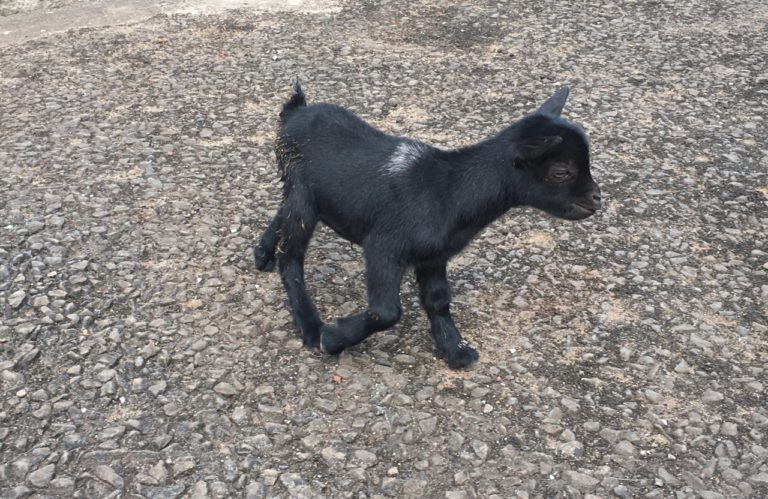 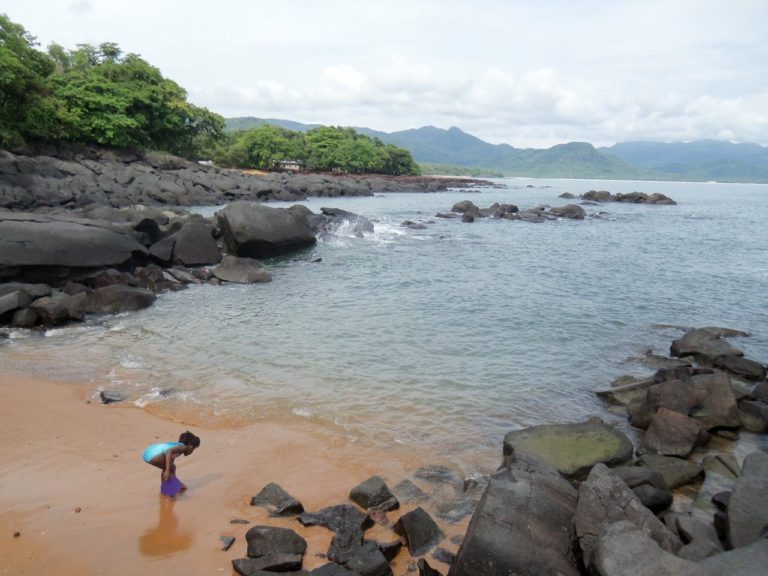 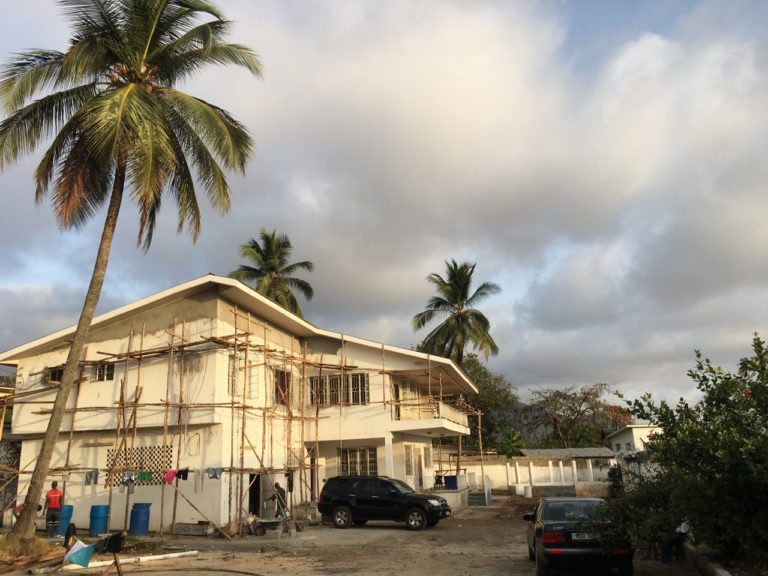 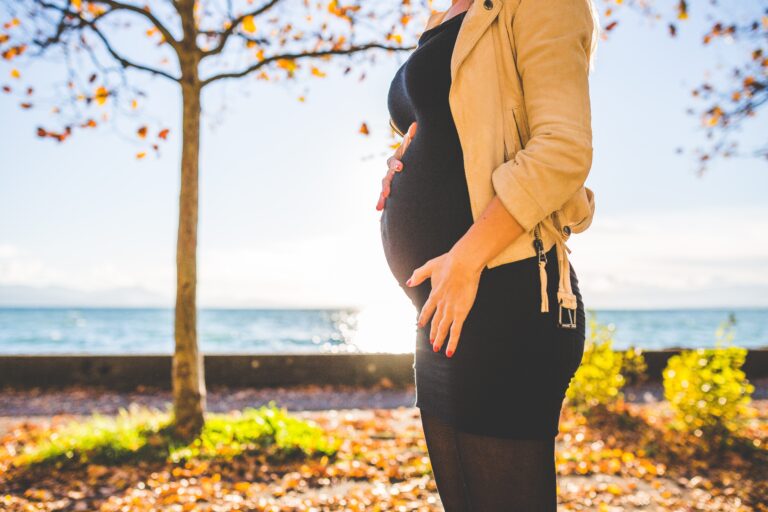